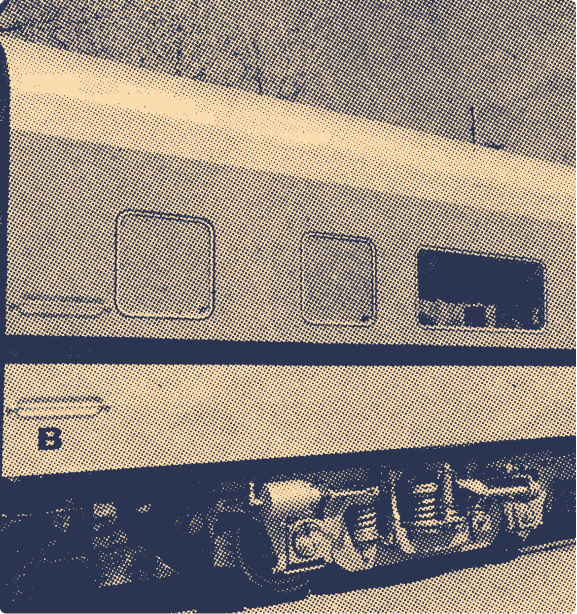 The History of the Can-Car

For most of the 19th century and half of the 20th, railways were the dominant instrument of worldwide economic development. In Canada, they became even moreso. As Northrop Frye observed in Divisions on a Ground: Essays on Canadian Culture (Anansi, 1982), railways were a “national obsession”. One result of this obsession was that, in true Canadian fashion, they were the major source of government patronage.

Canada is the only country in the world whose constitution provided for the construction of a railway, the Intercolonial, which connected the Maritimes with Quebec and Ontario. In 1873, Prince Edward Island joined Canada solely to relieve itself of its railway debt. British Columbia threatened to join the U.S. if it was not linked by rail to the rest of the country. Newfoundland joined Confederation partly because it would be able to unload its railway onto the federal government. Railways were the glue that bound the country together.

Between 1950 and 1960, there was a worldwide evolution in transport technology. While automobile and aircraft development started at the turn of the 20th century, the railway reigned supreme until 1950. During the Industrial Age, nearly all products of agriculture, forestry, mining and industry going any distance on land went by rail. The advent of this cheap form of transportation drove the expansion of these economic activities. Likewise, people who wished to travel further than about 30 km almost always traveled by train. Urban railways and streetcars made it possible for people to live further than walking distance from their workplaces.

However, by 1950, transport patterns began to change. Automobile and aircraft development, along with massive public investment in roads and airports, caused the railway to lose its dominance. This decade also coincided with the transition from steam to diesel motive power and the gradual disappearance of streetcars across North America, except in a few cities like Toronto and San Francisco.

The remainder of our passenger equipment comes from our northern neighbor, Canada. The Canadian Car & Foundry (CC&F) also known as CanCar, manufactured buses, railroad rolling stock and later aircraft for the Canadian market. CC&F history goes back to 1897, but the main company was established in 1909 from a merger of several companies. Today the remaining factories are part of Bombardier Transportation Canada. Our coaches came from the series of Canadian National Railway (NCR) coaches 5437-5654 that were built between January and July 1954.

Throughout each of the cars you will notice CNR references, especially in the door handles. These were the first cars used by the fledgling Royal Gorge Route Railroad when it began running tourist trains in 1998. They purchased fifteen cars total and most have been completely refurbished by the railroad’s talented staff of craftsmen into five different classifications: Coach, Club, Dining, Open Observation and Kitchen.

With years of exciting history under its belt, the Royal Gorge Route Railroad combines breathtaking scenery and exceptional service with delicious food, sourced locally and prepared fresh right on board. Grab your tickets today.