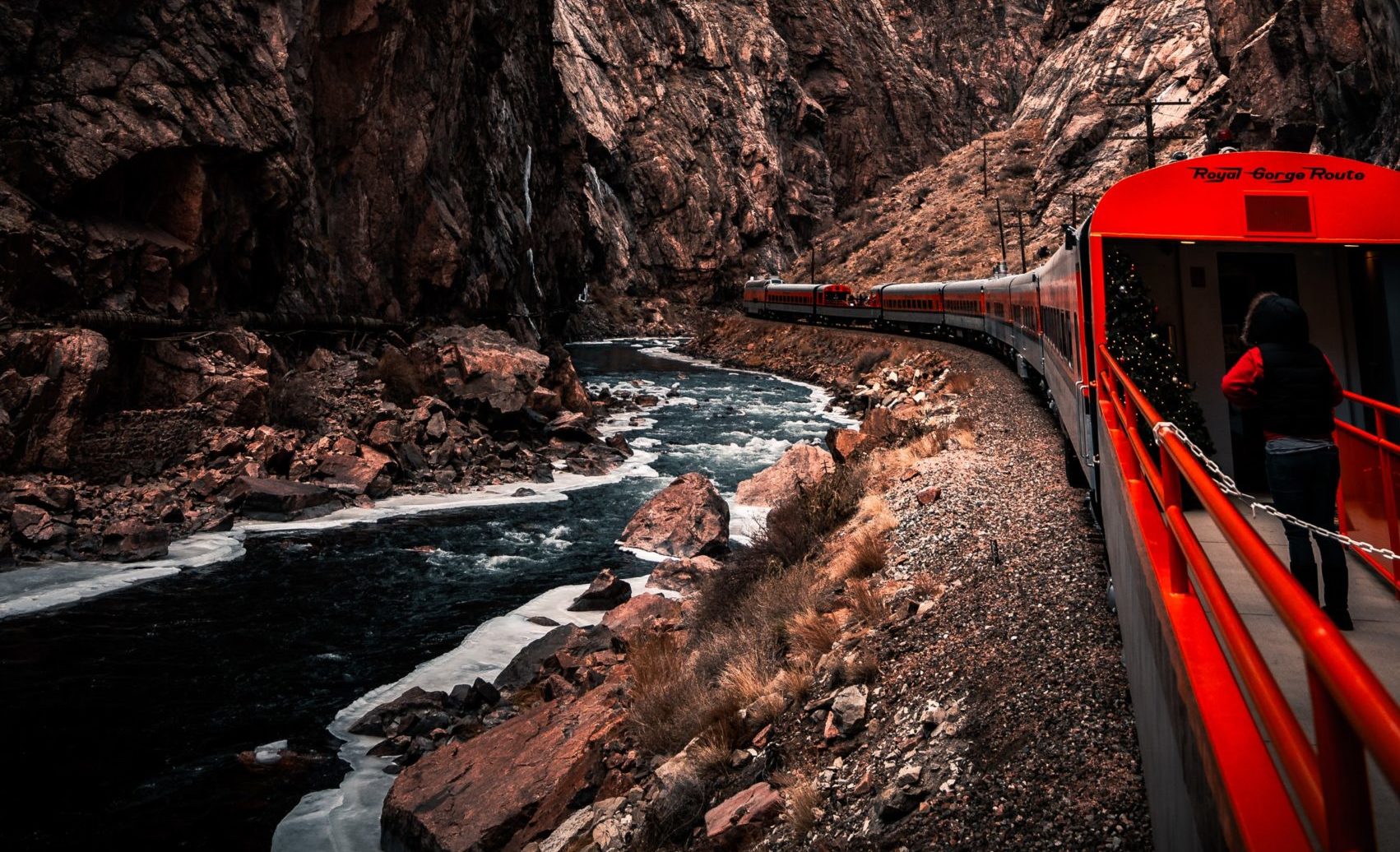 The Royal Gorge Route Railroad includes some of the best views you’ll see in Colorado. This is a journey through a truly grand canyon; it’s much more than just a train ride. Along the route, you’ll discover breathtaking scenery and Colorado history that have shaped the Canon City region.

Shortly after departure, you’ll see the Territorial Correctional Facility, which was established in 1871. Referred to as the old max, this is now a medium security prison. Behind the prison, you’ll see the original rock wall of the older buildings. You can visit the prison museum on First Street, and it is open year-round.

Tunnel Drive is a three-mile hiking and biking trail where people can view wildlife and the surrounding canyon. You’ll travel through three granite-blasted tunnels that contain ribbons of pink and white. Tunnel Drive was once the home of Canon City’s first gravity water diversion system, which was built in 1892 with convict labor.

Across the river, you’ll find a run-down wooden water line that still hangs across the two tributary gullies. This is Canon City’s oldest water line, and was started in 1908 before being finished in 1910. For over 50 years, this gravity diversion water line pushed water into Canon City for irrigation and other purposes, before halting in 1972. 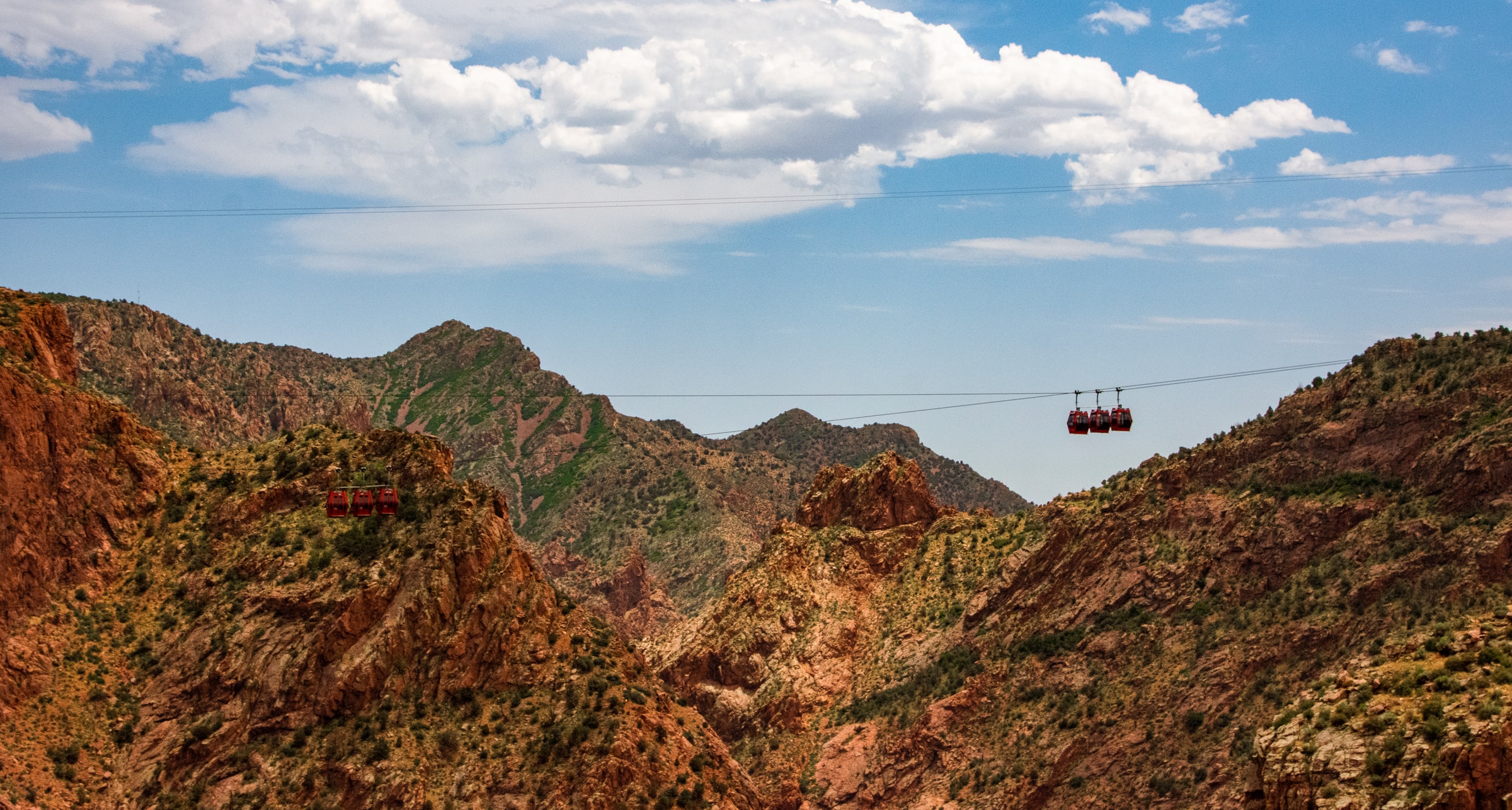 This famous bridge is located at the narrowest and deepest point in the Royal Gorge. Only 30 to 40 feet separate the walls of the canyon. C. Shaler Smith, the bridge developer, was able to design a bridge in this narrow chasm by constructing a 175-foot plate girder suspended on one side under A-frame girders that span the river and anchored to the rock walls. Below, you’ll find the Arkansas River, where white-water rafters and kayakers are found.

In the past, these warming shacks were placed along the water line for workers to get out of the cold during the frigid winter months. A section of the old water line was used to make an inverted u-shaped bend above the ground. During the winter, sawdust was poured in to seal leaks between the redwood staves. Caretakers were settled near the warming shacks as they were responsible for the upkeep of the water line, dam and head gate. Their homes were only accessed by the hanging footbridge.

You’ll arrive in Parkdale as your final destination. The Parkdale station, once home to a small community of AT&SF workers who called it Webster, was later renamed Parkdale when the D&RG took over in 1880. Parkdale’s prime location on the Arkansas River and near the Royal Gorge make it a popular base camp for visitors and fishing enthusiasts.

All Aboard the Royal Gorge Route Railroad

If you’re ready to see these attractions yourself, then come aboard the Royal Gorge Route Railroad. This dining train takes you through the Royal Gorge with expansive windows and open-air cars, so passengers have a full view of the canyon and passing sights. The Royal Gorge Route has a full kitchen and stocked bar on board where guests can order craft beers, cocktails, wine, specialty drinks and more.

Get your tickets here!